SJD-42 features an equal number of straight and helical wires, forming an overall balanced appearance. When manufactured in mixed alloy configurations, the design crafts an illusion of a larger open area than its actual 53.8%. With SJD-43’s higher concentration of nine helical wires to three straight wires, the pattern is visually denser, with an open area of 48.7%. If made in a mixed alloy configuration, the cluster of curved red metal wires stands out distinctly against the straight Stainless Steel wires.

With their unique design, SJD-42 and SJD-43 lend themselves well to architectural applications. The wire mesh patterns are visually dense enough to have a substantial presence without completely obstructing line of sight. This makes them a great fit for railings, space dividers, signage, and many other interior or exterior applications. 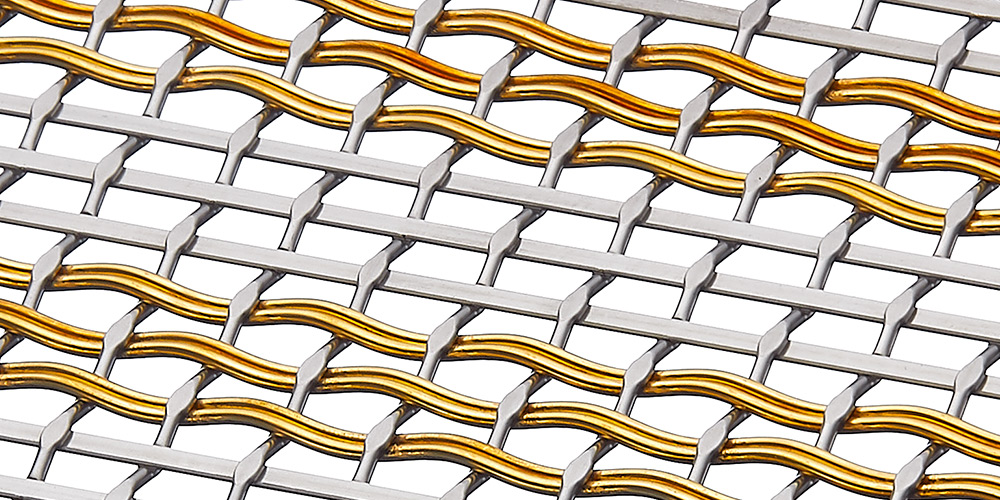 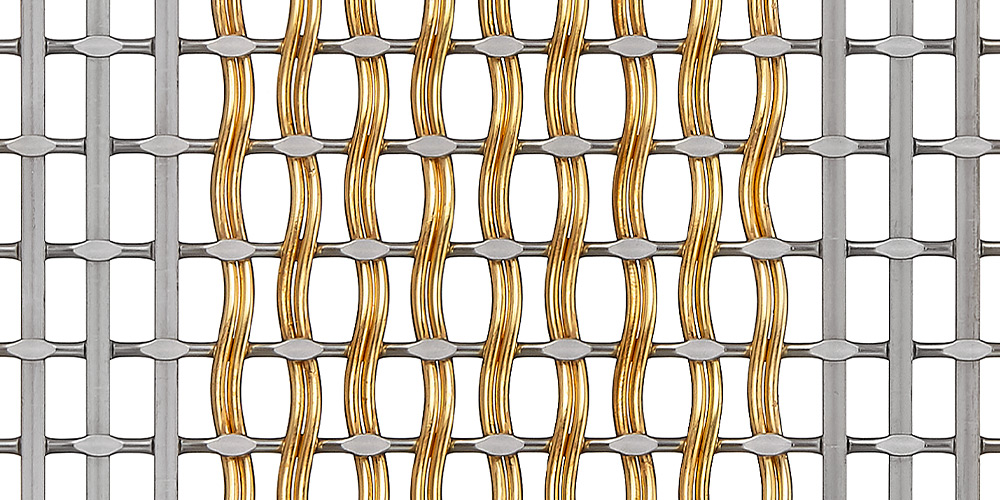